Advances in cameras and more readily available internet bandwidth have made it possible for almost anyone to set up live streams of events just about anywhere nowadays, bringing us new and interesting windows on the world. Here are 10 of the most interesting live cameras you can watch right now.

The thing I love about live feeds is the immediacy they offer. While a finished image or video can certainly evoke emotions or provoke thought, there is something about knowing that something is literally happening in the moment that makes me feel a connection to the humanity or the event. Of course, the downside is that with a live feed, you will not necessarily get high-quality post-processing and there might be stretches that are boring, but with a great live stream, it is worth it, at least in my opinion, and half the fun is the anticipation. 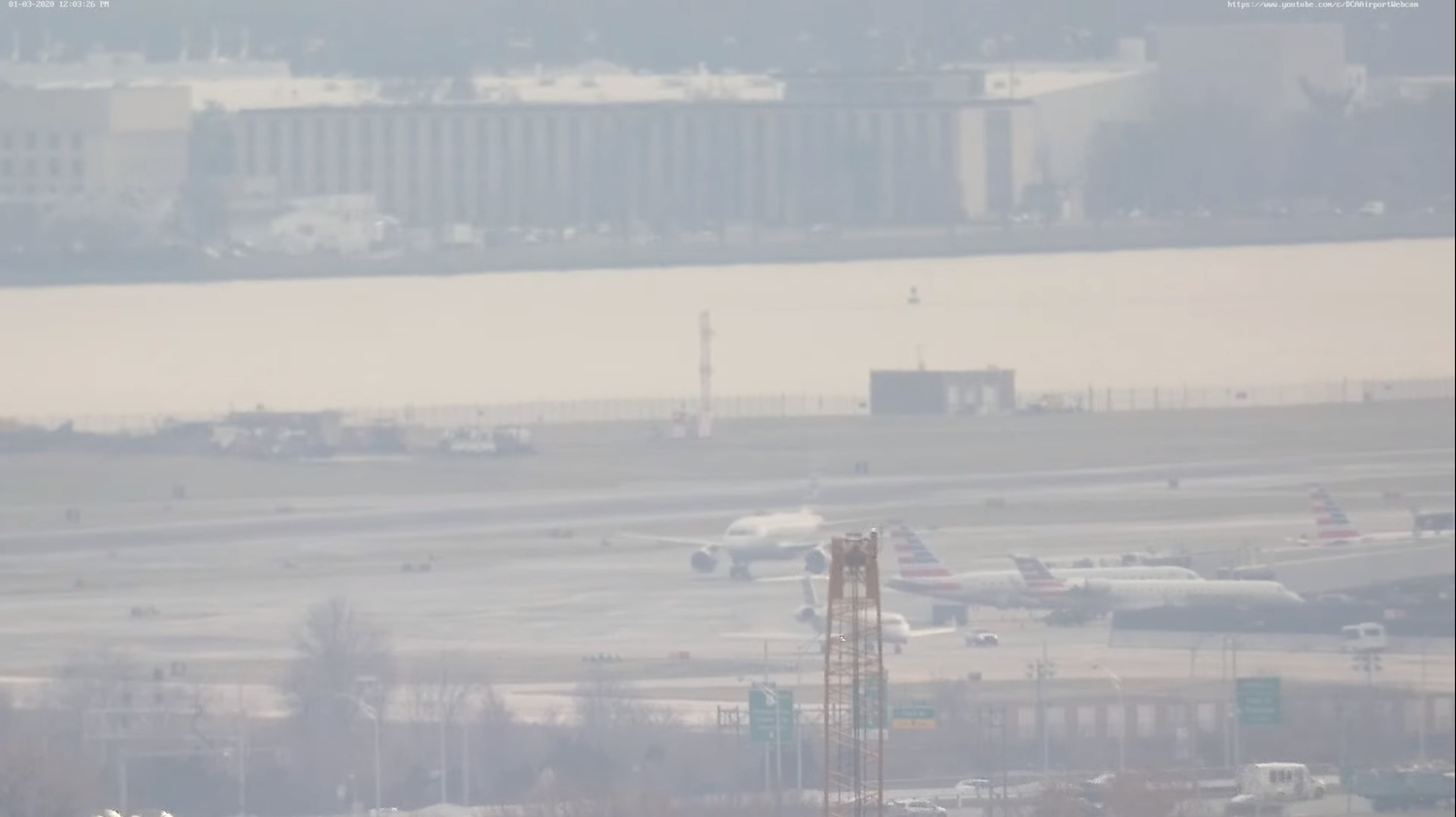 If you like watching planes, Reagan National Airport has five different angles from which to watch real-time traffic, along with a live map as well. The link above takes you to a 4K stream that includes a nice view of the Potomac River; check out the video description for links to the other angles. 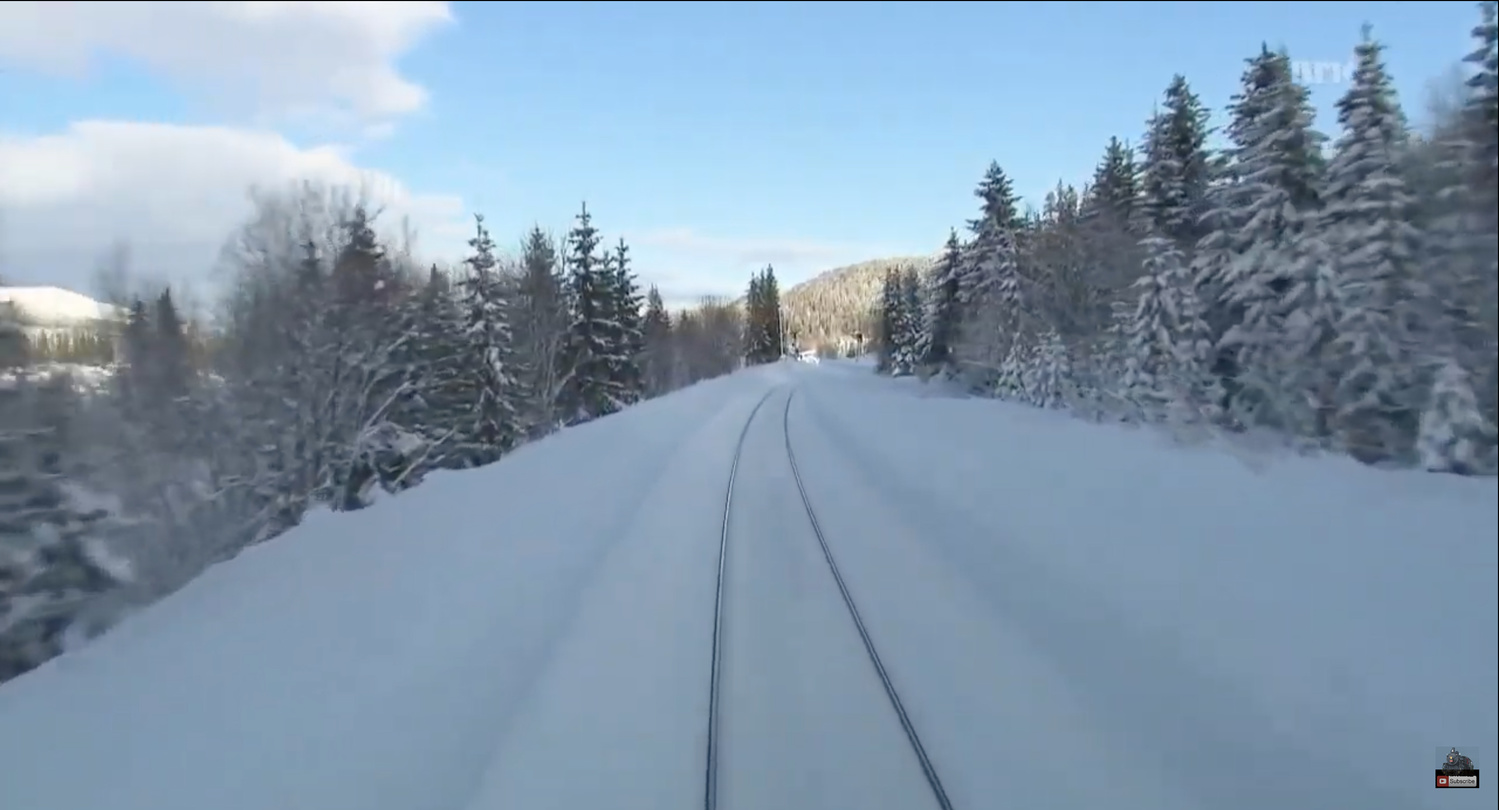 These streams show absolutely gorgeous Norwegian landscapes from the view of the front of a train. It is especially beautiful in the winter. There are multiple trains you can follow; just check out the channel for more. 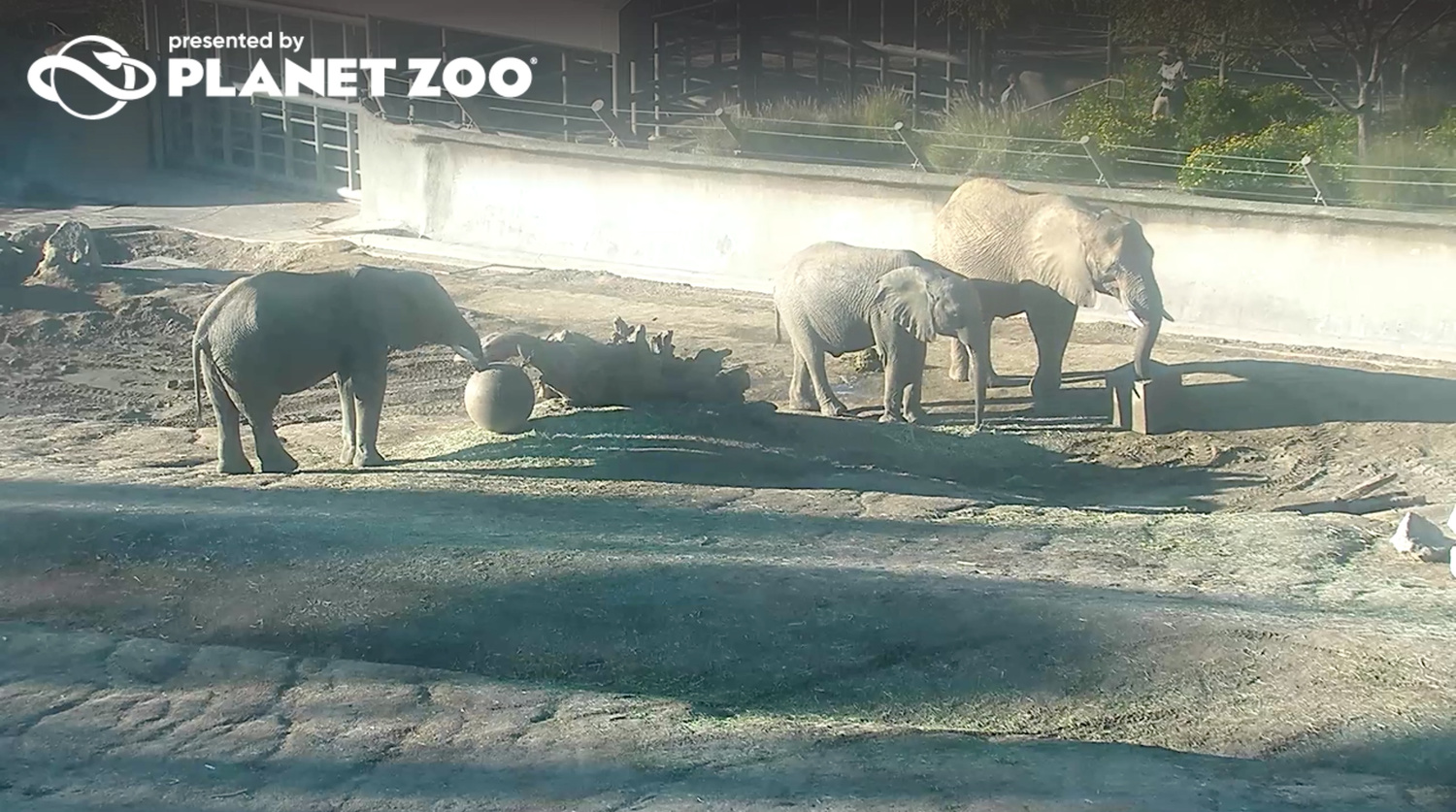 Tigers, elephants, pandas — pick your favorite animal and watch them at one of the world’s most famous zoos. The San Diego Zoo has live cameras on 11 different species of animals, and you can enjoy them whenever you please. 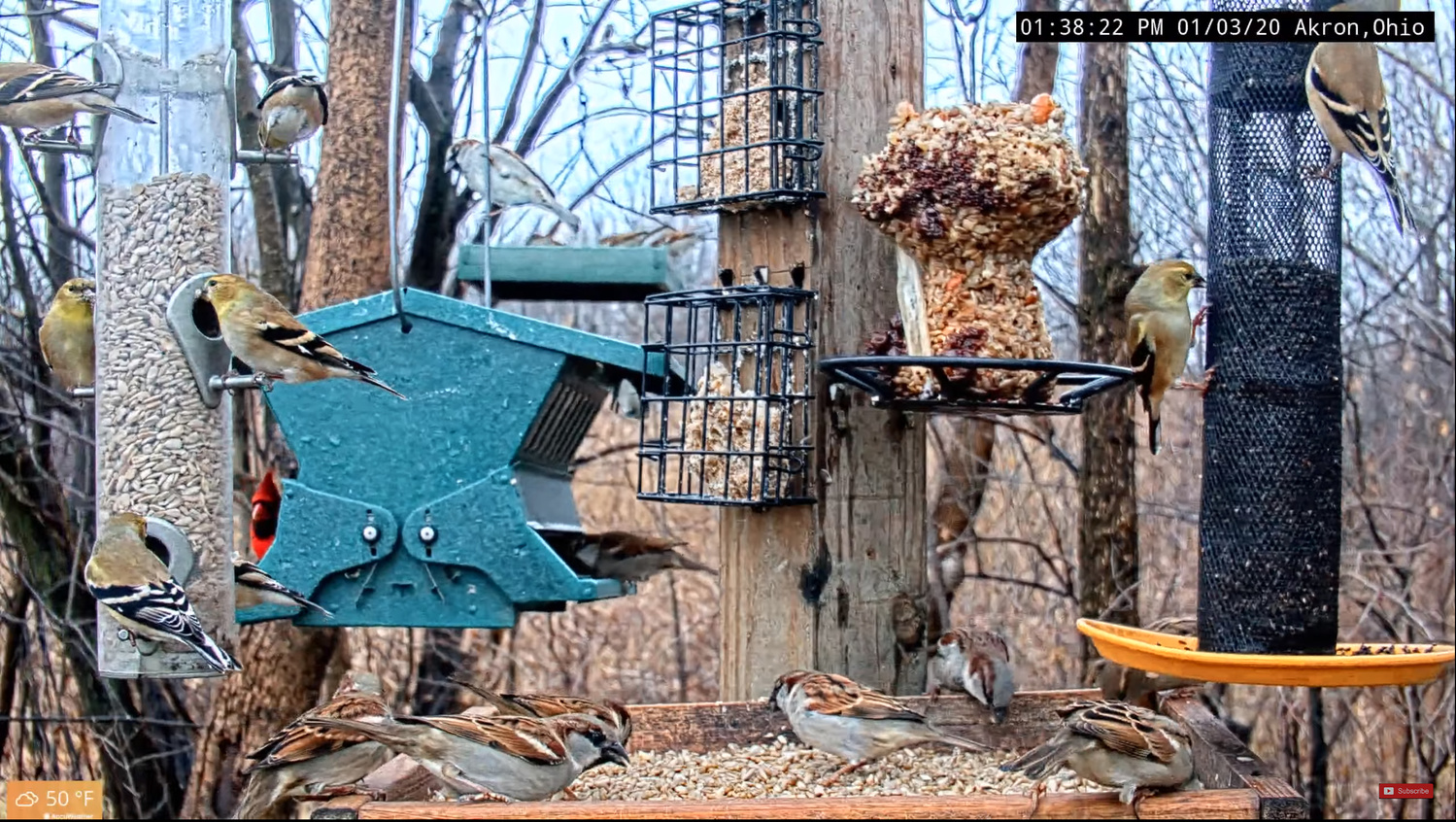 If you like birds, this camera stationed near the Cuyahoga Valley National Park is very busy and offers live views of about 20 species, including the Northern Cardinal, Mourning Dove, Red-Bellied Woodpecker, and more. Eastern Grey Squirrels also make appearances. It is a great one to throw on if you would just like to relax and enjoy nature. 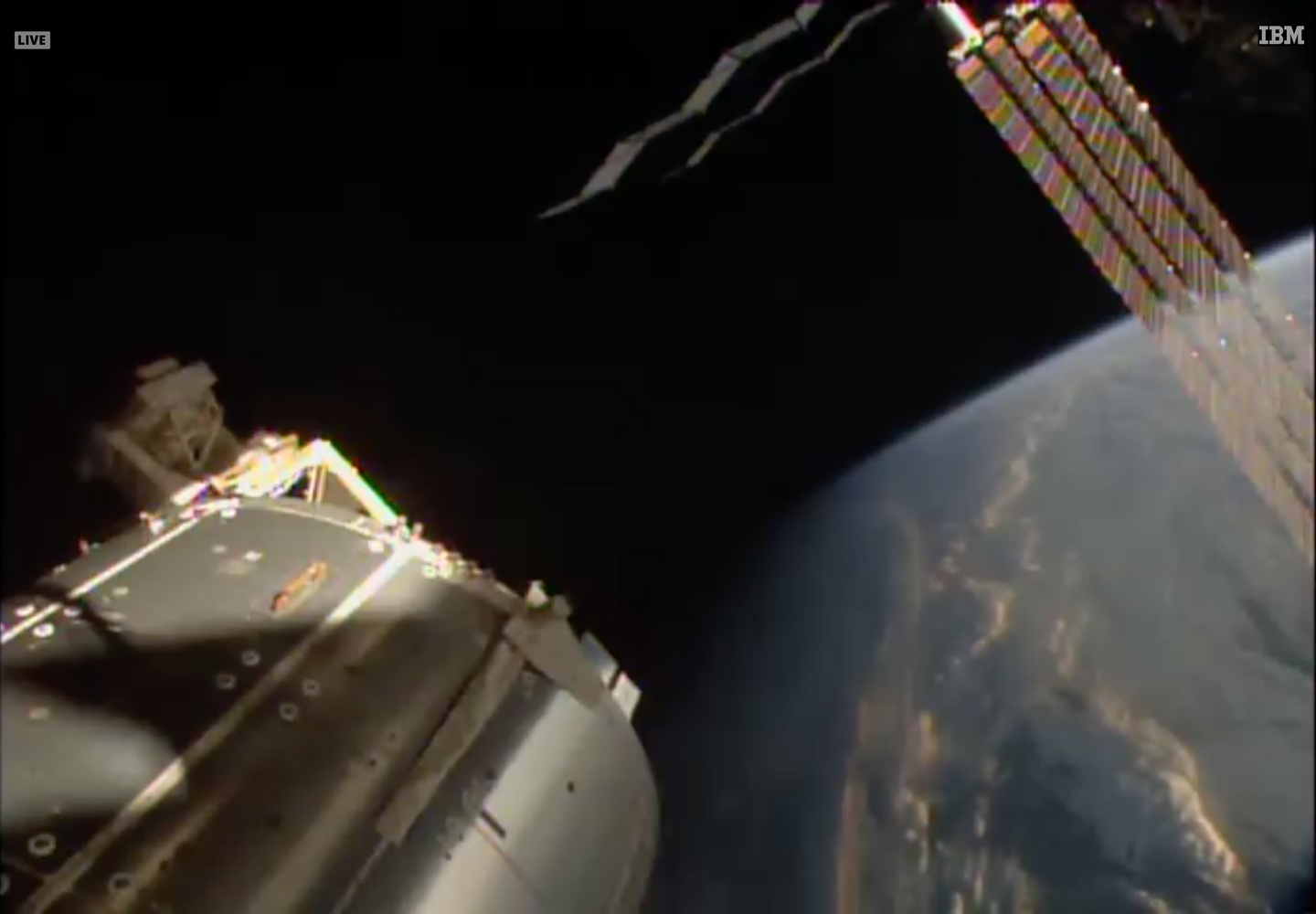 The International Space Station is constantly orbiting far above our heads. This live feed shows you what the crew sees looking down at Earth. It also shows the crew themselves inside the Space Station when they are working, during which you can hear the conversation between them and Mission Control back on the ground. Furthermore, since the ISS orbits the Earth every 90 minutes, the camera shows a sunrise or sunset every 45 minutes. You can see another version that shows the ISS’ current location here. 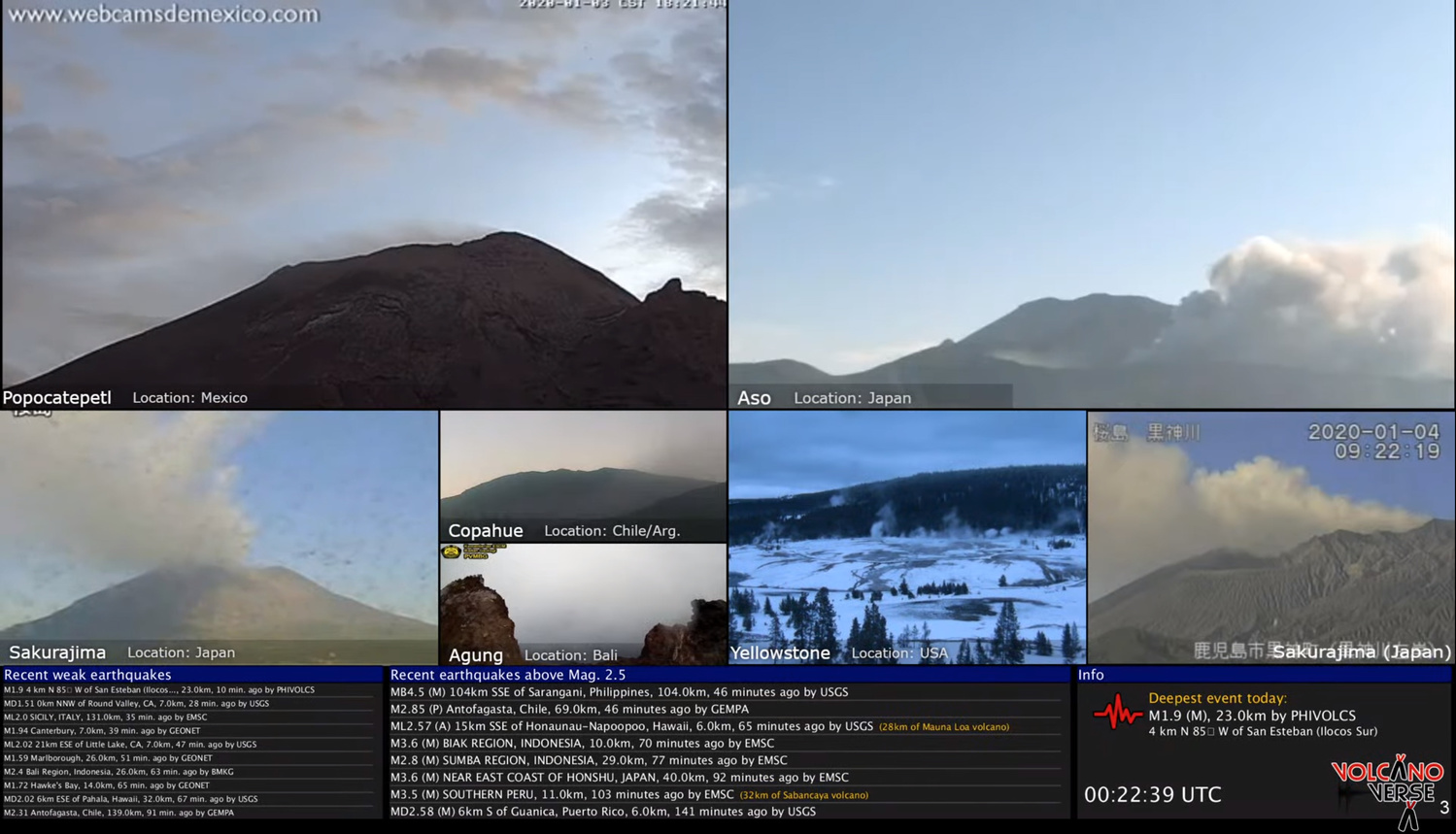 The earth is always sputtering and spurting, and this interesting live feed brings together looks at some of the most active volcanoes in the world all on one screen. I find it strangely soothing to watch (so long as nothing is violently erupting). Below it is also a feed of some of the most significant recent seismic activity around the world. Locations range from Indonesia to Yellowstone. 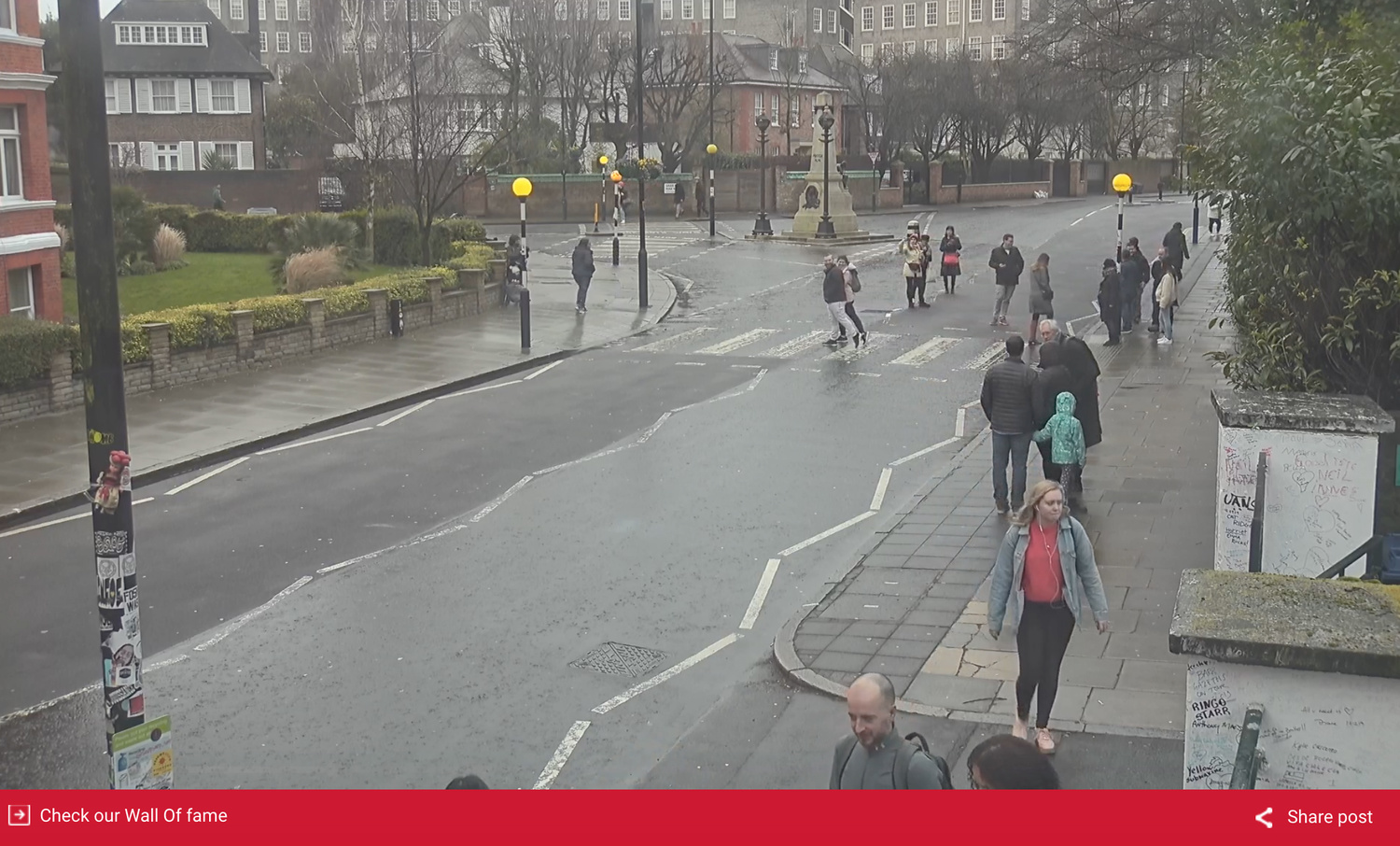 Yes, that Abbey Road of The Beatles fame. The crosswalk that set the scene for one of the most famous album covers in history is still there, and perhaps to the annoyance of the Londoners who actually need to use the road normally, tourists are constantly trying to reenact the album cover, forcing traffic to stop and wait while spontaneous photo shoots erupt. Abbey Road Studios had the smarts to put up a camera to film the crosswalk. Beyond the awkwardness and humor of the constant traffic interruptions, it is fascinating to see in real-time the tremendous impact that that photo still has even 50 years later. 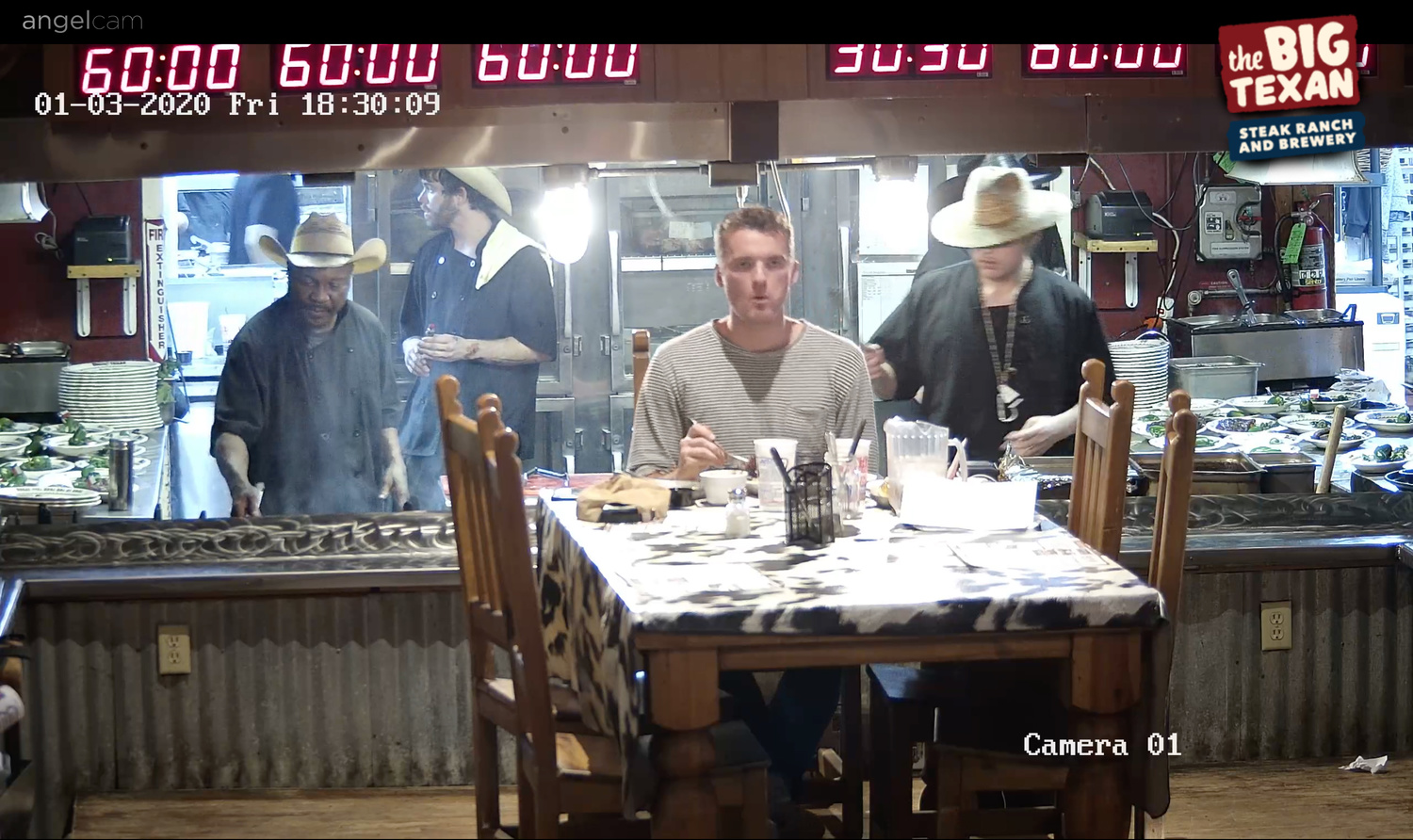 I am not even going to pretend to have some higher purpose or profundity in including this one; it is simply pure entertainment. The premise is simple: The Big Texan, a steakhouse in Amarillo, Texas, will give a contestant their entire meal for free if they can finish the shrimp cocktail, baked potato, salad, roll, and 72 oz steak in an hour without help and without becoming ill. As you might imagine, as that hour drags on, the scene becomes a strange combination of desperateness, strength, hilarity, regret, and other emotions. Even as a vegetarian, I love watching it.

And since contestants have an hour, unlike many other live stream experiences, you have a reasonable expectation of how long it will be until something interesting, hilarious, or downright disgusting occurs. There is even a countdown clock at the top of the screen showing how much time each contestant has left.

Our own Joey Wright attempted (and successfully completed) a similar challenge, which you can watch here, during our celebration for wrapping up filming for “Swimwear Photography: Lighting, Posing, and Retouching.” 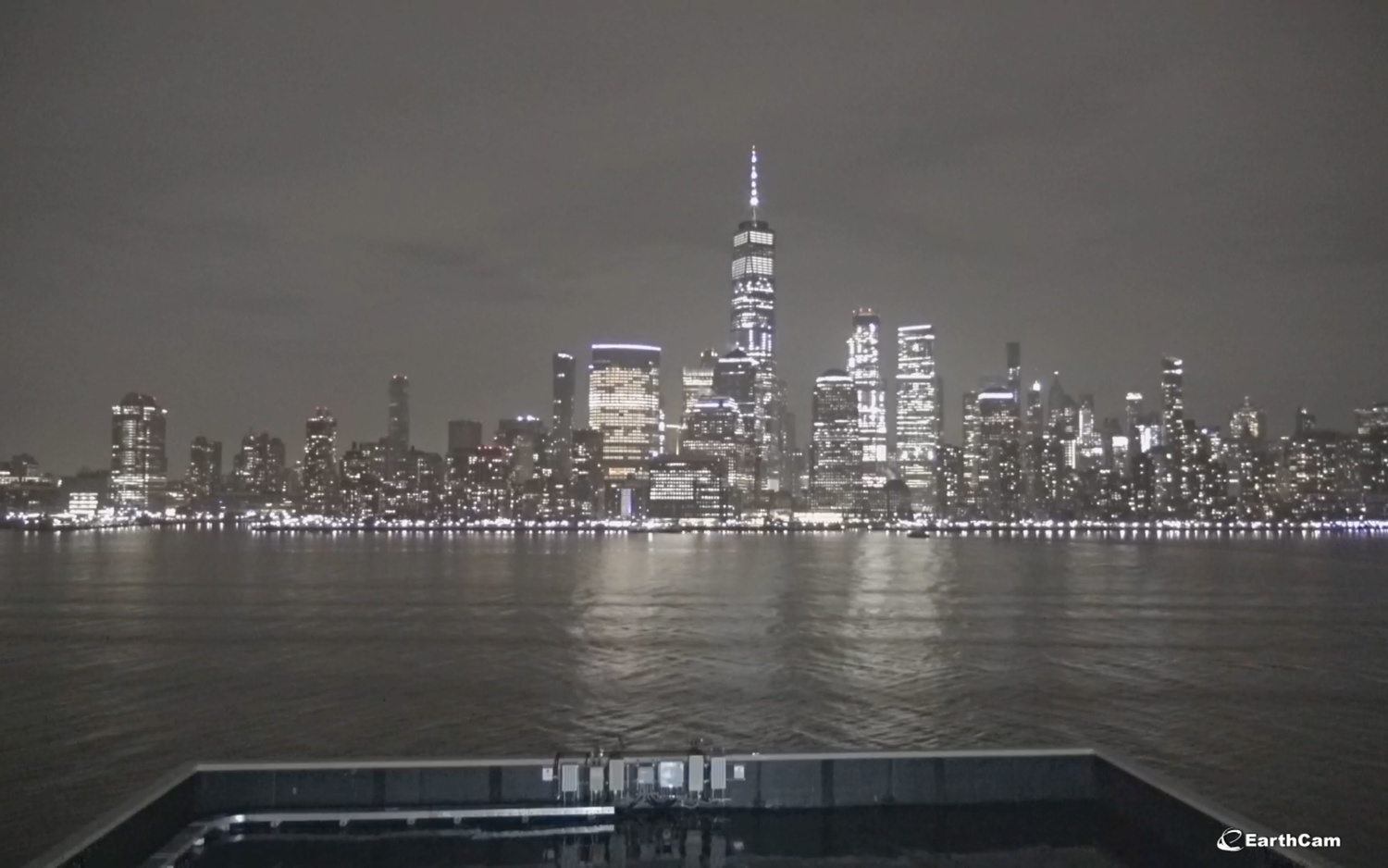 It is one of the most iconic skylines in the world, with numerous beautiful views. It was hard to pick a favorite live camera, as there are many, but I think this one is one of the best. It sits on the west bank of the Hudson, looking across the river at lower Manhattan, with One World Trade Center featured prominently. You can follow passing ships and watch sunrises behind the iconic buildings. 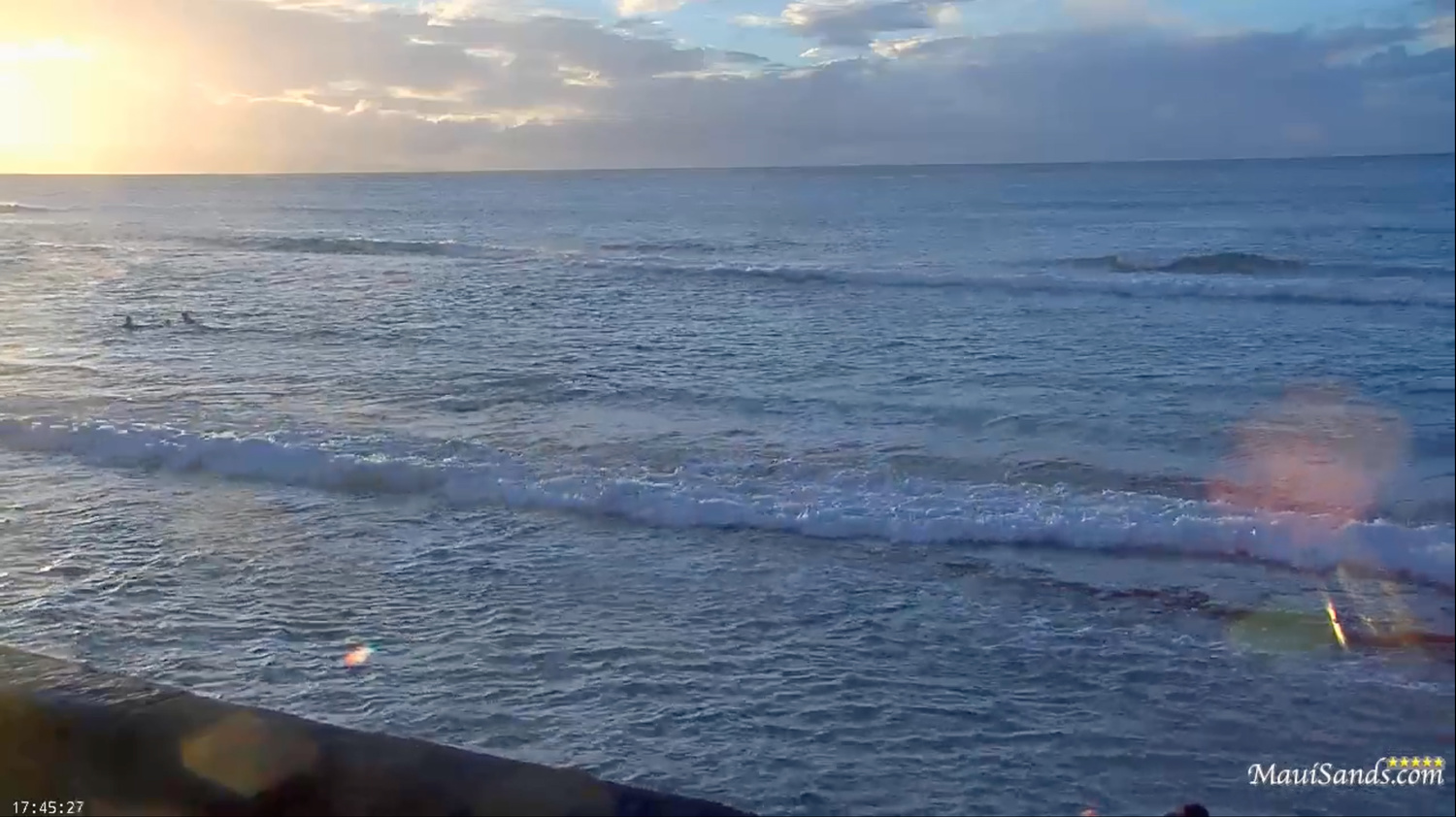 This live feed originates from the Hawaiian Islands Humpback Whale Marine Sanctuary on Maui, where many North Pacific Humpback Whales mate and give birth. You’ll often see these whales between April and December. You’ll also occasionally see dolphins or the Hawaiian Monk Seal. Rainbows are also quite common. The researchers involved with the sanctuary ask that if you see any whales in distress in any way that you note the time and day and email the details to whalesighting@mauisands.com.

Personally, I love to put this one on while I sleep. It’s beautiful imagery, of course, and the waves are fantastic white noise if you like that. 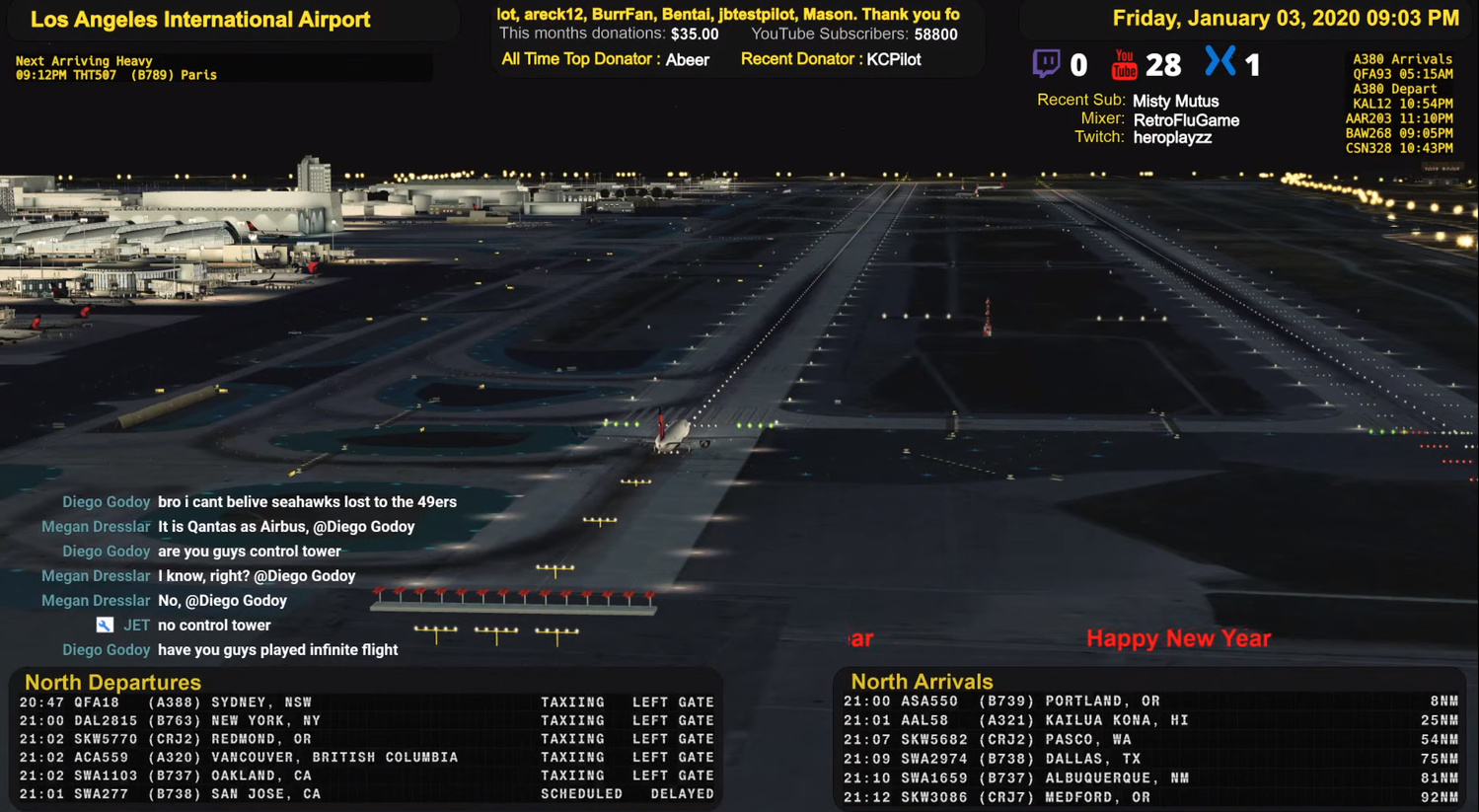 This technically isn’t a camera view, which is why I included it as a bonus, but it’s incredibly neat. This live feed uses a combination of real-time data and live simulation of the airport, time of day, and weather to show how one of the busiest airports keeps things moving smoothly.

Do you have any favorite live cameras? I would love to hear about them in the comments.

Got out to enjoy the fall colors! only a few leafs

I tried setting the leaf on fire and failed 😬